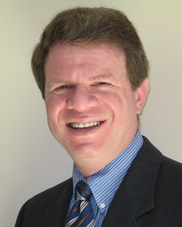 Larry founded Accent on Computers in 1998 in order to deliver a broad range of personal computer consulting services to businesses, professional offices, and individuals across Fairfield County (CT) and the Greater New York area.

Larry’s experience with computers goes back to the 1970s, when he began working with mainframes as a student at Harvard University. He graduated from Harvard with a degree in engineering and applied physics. Upon earning his masters degree in business administration from the University of Chicago, Larry began designing microcomputer-based systems at Hewitt Associates, a benefits consulting firm headquartered in Illinois.

After seven years at Hewitt, he joined Goldman, Sachs & Co. in New York City, where for nine years he served as Vice President of IT. In addition, Larry was an instructor in the technology department at Greenwich Continuing Education in Greenwich, CT for many years. He also writes a weekly column for the Greenwich Post called Log On with Larry™ where he addresses a wide assortment of computer-related questions.